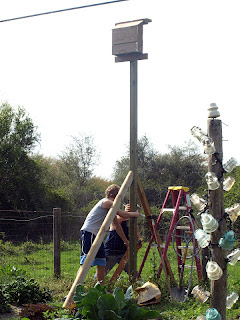 Still behind. We actually put up this new bat house over spring break (mid-March). 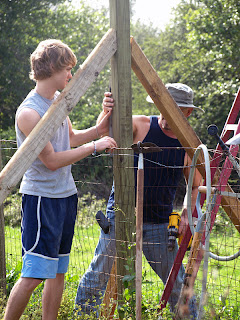 The Monday that I returned to school was a VERY windy day, and the original bat house blew down. Mr. CC managed to get it standing back up temorarily. The next weekend, we bought and concreted a new post in the ground. 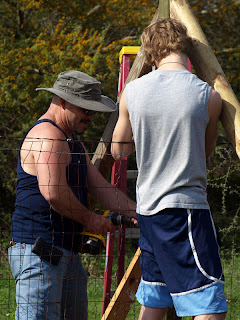 The following weekend, we waited until after dark, hoping the bats had all exited and then took the old house off the original post and re-mounted it on the new post. I won't go into all the little set backs, but it took us about 3 hours. It also took a few days for all of the bats to return to the house. Hopefully, some will decide to move into the new house before the babies start being born, and I have to spend my evenings putting fallen newborns back into the house.
Y'all come back,
Lorilee